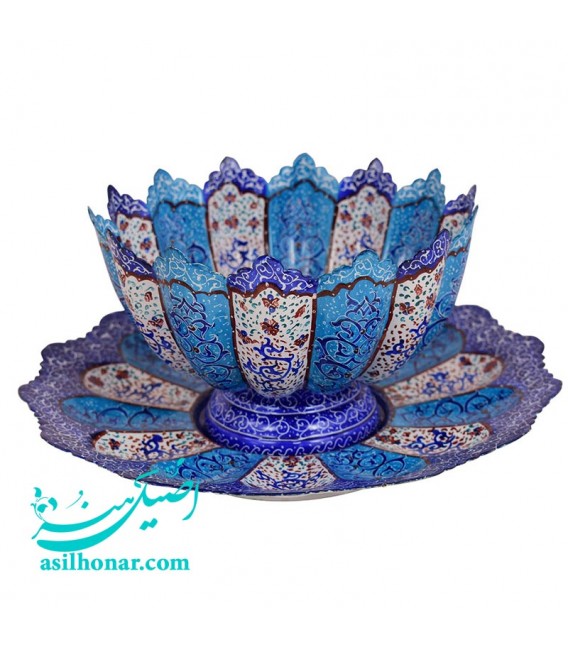 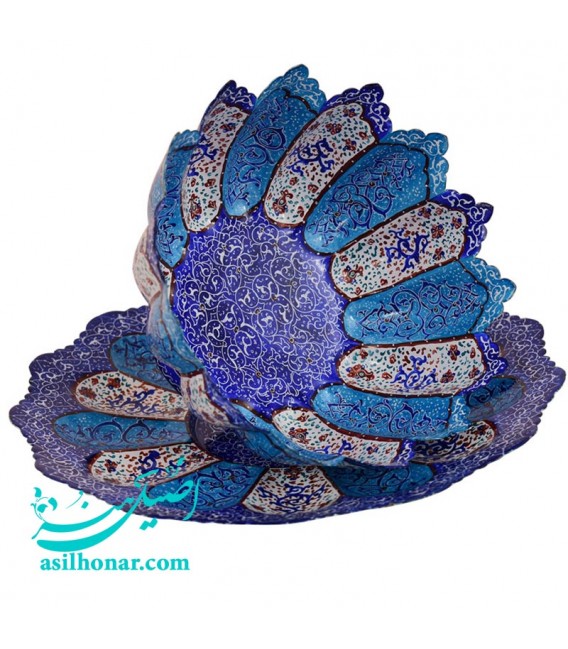 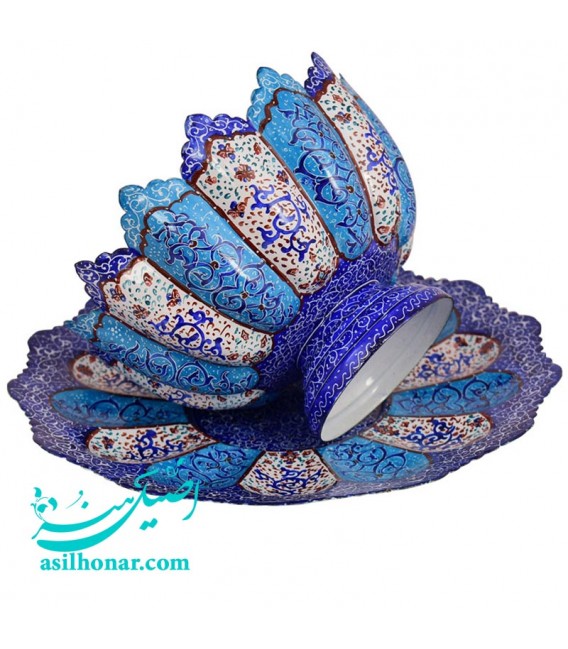 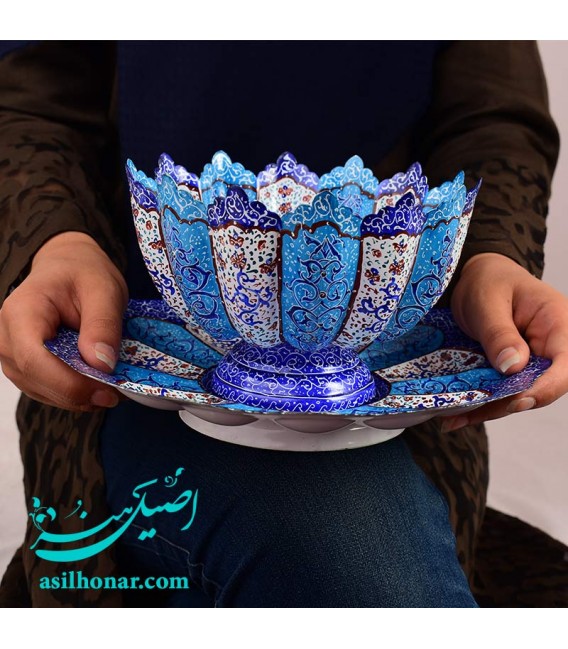 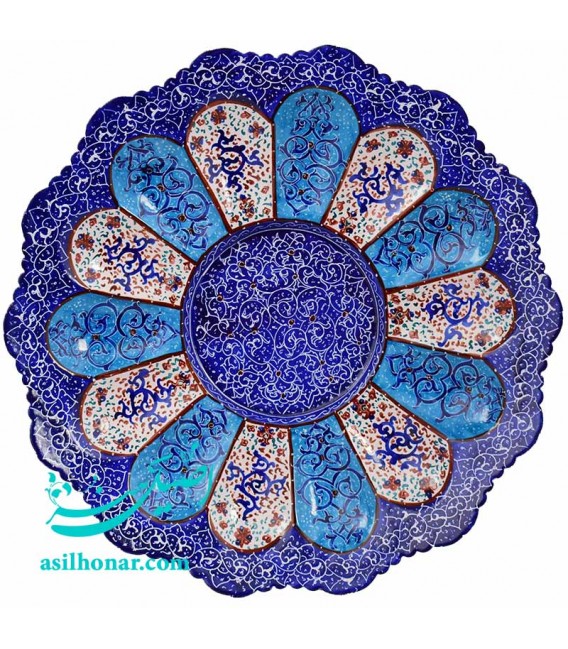 Be the first to write your review

Purchase minakari bowl and plate set made of high quality copper with a reasonable price from Asilhonar’s store.

See a variety of minakari bowl and plate set to be surprised by cheap prices.

To produce  minakari dishes,it is necessary  to pursue the following stages:

First: Preparing minakari infrastructure which can be done in two ways:

-          Bending method: In this method, pressing a sheet in the mold (between the mold and the clamping device) forms the desired shape (plate, vase, ...).

-          Hammering method; in this method, the mold is not used, the sheet is formed by hammering, then it is heated it in the fire, and again it is formed by  hammering to get the desired shape.

Second: Removing various contaminants from the infrastructure of minakari copper dish to make minakari glaze stick to it evenly and tightly.

Fourth: Glazing which is done in two methods: spray and manual method.

Fifth: Cooking minakari glaze at a temperature of about 900 °c.

Seventh: Transferring the design of “Wa in yakad” on minakari glaze.

Finally, to complete minakari copper dishes, around the copper dishes are covered with a silver/ brass strap and are soldered.

Be the first to write your review!